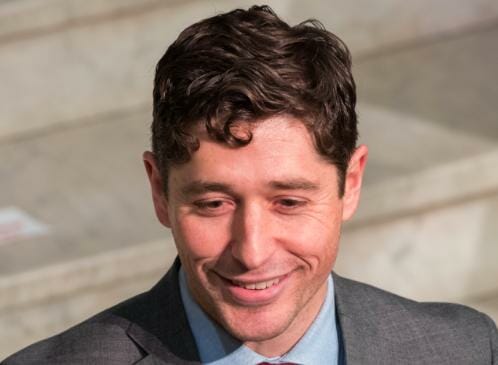 Several restaurants and bars in Minneapolis have banded together to sue the city and Democrat Mayor Jacob Frey over the city’s vaccine passport mandate. The city announced on January 12 that any establishment that serves food indoors will need to check for proof that their patrons have received the vaccine or have proof of a negative test in the last 72 hours. The businesses object to Mayor Frey overstepping his authority, pushing the public to get vaccinated, forcing restaurants and bars to lose additional customers, and burdening the businesses with new costs to enforce the mandates.

Over half a dozen restaurants in Minneapolis have banded together in a joint suit levied at Mayor Jacob Frey this week over recently instated vaccine mandates.

The city announced on Jan. 12 that any establishment that serves food indoors will need to check for proof that their patrons have received the vaccine or have procured a negative test in the last 72 hours.

The order went into effect Wednesday, prompting legal action from restaurants who have alleged the mayor has overstepped his authority, reported a local Fox News affiliate.

“Minneapolis bars and restaurants are being used as pawns to further Mayor Frey’s agenda of pushing for and convincing the public to get vaccinated,” the complaint read, accusing the emergency resolution of being “calculated” in pushing a vaccine agenda.

“Whether the end being sought is noble, the scheme is forcing restaurants and bars to lose additional patrons and business that have already been reduced over the past two years and incur new costs and burdens to enforce the requirements,” the complaint added.

The restaurants have called on the Hennepin County Fourth Judicial Court to find Frey’s emergency vaccine order “null and void,” arguing it has restricted their rights as restaurant owners.

A hearing is scheduled for Monday, reported the local news outlet.

Fox Business could not immediately reach the mayor’s office for comment.