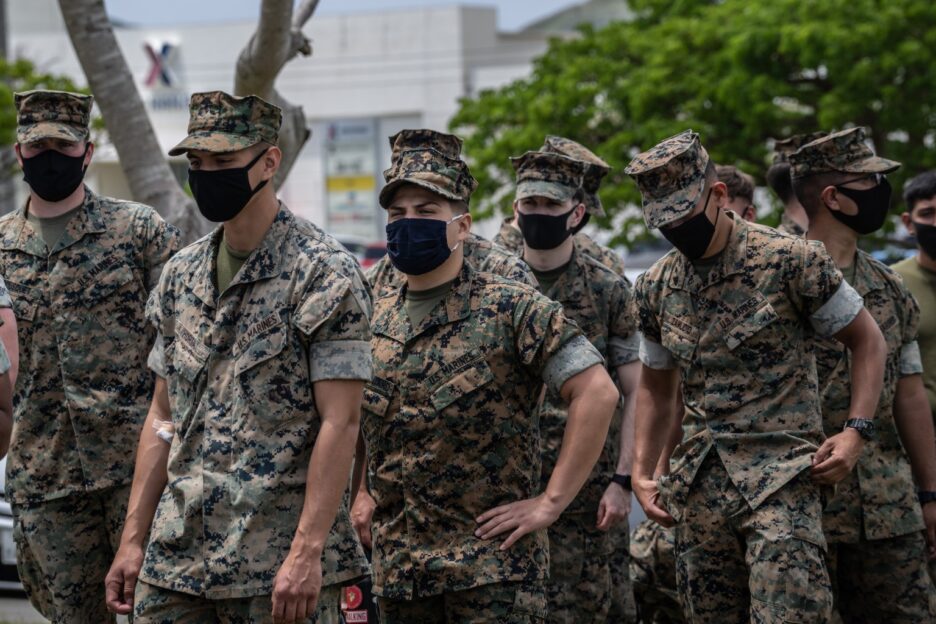 Marines have claimed in a new report that they are being “crushed” by the Defense Department’s COVID-19 vaccine mandate, with the military branch declining to approve a single religious exemption application.

Several active-duty Marines spoke to Fox News Wednesday and alleged that some of the Corps’ “best and brightest” were being forced out due to the requirement.

One lieutenant colonel told the outlet the Pentagon was looking to discharge members “as fast as they can and as brutally as they can, damaging every Marine as much as they can on the way out.”

The officer claimed they were warned by a colonel: “Tread very carefully, this is political, you will be crushed like an ant.”

“Do I want to continue serving in an institution that crushes people for bringing up reasonable points in defending their faith?” they asked.

A major with over 17 years of active service in the Marines called the vaccine mandate “an unconstitutional edict” that is “targeted as a political purge.”

“The louder I speak, the tighter the screws are turned against me,” a master sergeant also alleged.

As of last week, 169 Marines had been discharged from service for refusing the vaccine. Members of the Corps had until Nov. 28 to get at least one COVID-19 vaccine dose unless they filed for an exemption.

In late November, the Marine Corps reported that 5 percent of its 180,000-strong active-duty force were unvaccinated at the deadline, a total of approximately 9,000.

As of Dec. 23, 3,192 religious exemption requests have been made and 3,080 have been processed and denied, Marine Corps spokesman Capt. Ryan Bruce told The Post.

While Marines are allowed to apply for such considerations, Bruce said that “no religious accommodations have been approved for any other vaccine in the past seven years.”

Some Marines who spoke with Fox News claimed their religious exemption applications have been declined without consideration. Eight rejection letters provided to the outlet cited “military readiness” as the reason behind the denial.

Others claimed that some Marines have submitted up to 30 pages of material to back up their application, only to receive a generalized rejection.

“On the religious side, this is absolutely a travesty what’s happening,” a chief warrant officer said. “People are getting blanket denials, they’re not addressing the individual concerns or beliefs of Marines who are submitting for religious accommodations, and I think that’s just horribly wrong. I honestly believe that they’re not really reading the packages.”

The Marine Corps says that the requests are done on a case-by-case basis “to ensure Marines receive due consideration,” according to Bruce. The process includes evaluations from a three-member Religious Accommodation Review Board, health services and legal experts.

A provision in the recently enacted annual defense bill ensures that service members who refuse the vaccine receive either an honorable or general discharge. However, some Marines who spoke to Fox fear they will face a court-martial, a claim Bruce denied Wednesday.

“If the sole basis for judicial action is refusal of the COVID-19 vaccine, that process [will] be handled administratively and will not rise to the level of a court-martial proceeding,” the spokesman said.

“The Marine Corps has always recognized the threats posed by the COVID-19 pandemic as a readiness issue, which is why we have consistently emphasized the importance of receiving the vaccine,” Bruce added. “We are still ready to fight and win our nation’s battles should we be called.”