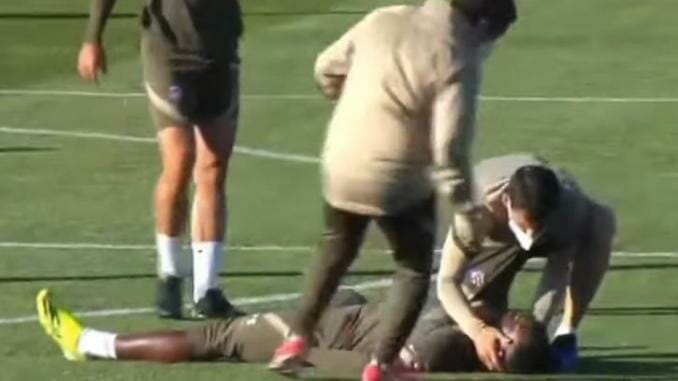 Hundreds of mostly young athletes had major medical issues in 2021 after receiving one or more COVID vaccines. Many people were told not to tell anyone about their adverse reactions, the media is not reporting the injuries and deaths, and social media is censoring the news. Meanwhile, soccer players and other athletes are collapsing on the fields from cardiac arrest during broadcast games. GoodSciencing.com has compiled a growing list of almost 400 athletes who they maintain experienced cardiac arrest or other serious issues after taking Covid vaccines, including 231 athletes who have died.

It is definitely not normal for so many mainly young athletes to suffer from cardiac arrests or to die while playing their sport, but this year it is happening. Many of these heart issues and deaths come shortly after they got a COVID vaccine. While it is possible this can happen to people who did not get a COVID vaccine, the sheer numbers clearly point to the only obvious cause.

So in response to their pronouncement, here is a non-exhaustive and continuously growing list of mainly young athletes who had major medical issues in 2021 after receiving one or more COVID vaccines. Initially, many of these were not reported. We know that many people were told not to tell anyone about their adverse reactions and the media was not reporting them. They started happening and ramping up after the first COVID vaccinations. The mainstream media still are not reporting most, but sports news cannot ignore the fact that soccer players and other stars collapse in the middle of a game due to a sudden cardiac arrest. Many of those die – more than 50%.

We also note that many posts in Facebook, Instagram, twitter, forums and news stories are being removed. So now we are receiving some messages saying there is no proof of the event or of vaccination status. That is partly because this information is being hidden.

More people are writing to tell us that in many cases, we didn’t mention a person’s vaccination status. There is a good reason for that. None of the clubs want to reveal this information. None of their sponsors want to reveal it. The players have been told not to reveal it. Most of their relatives will not mention it. None of the media are asking this question. So what should we do? Stop this now? No, we will collect as much information as we can, while it is still available, because eventually, more information will come out, and we will be here to put it together. Will it mean anything? We don’t know. What we do know is that there is a concerted world-wide effort to make this information go away, so that tells us it must be collected, investigated and saved.

We really appreciate the athletes named in this list who have confirmed what happened to them so the truth can be known. They care about their fellow athletes, even if the clubs, their sponsors, the media and the politicians care more about money.