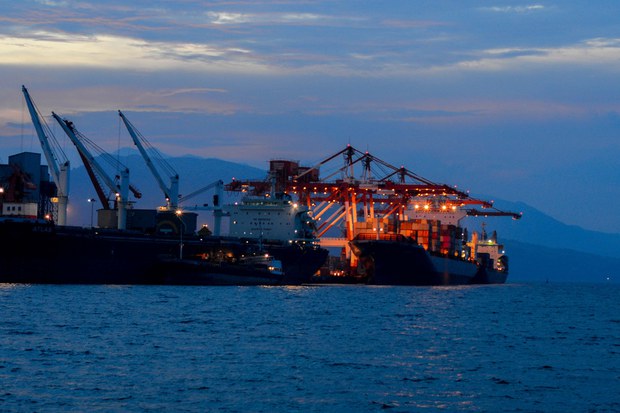 President Rodrigo Duterte has accused the United States of keeping arms depots in the Philippines and turning one of the country’s bays into an American military base.

Duterte’s comments late Monday night followed a demand he made last week for Washington to “pay” Manila in order to extend the Visiting Forces Agreement (VFA), a 22-year-old bilateral defense pact which he has threatened to scuttle.

“Do you know that there are so many depots that there [are] many arms stationed in the Philippines by America?” Duterte said in his weekly televised address.

“And do you know that they are slowly converting Subic into an American base?” the president said, referring to the former U.S. naval base in Subic Bay that Washington exited in 1992, at the end of the Cold War.

Duterte didn’t provide any proof for these alleged U.S. actions and said he got this information from the Armed Forces of the Philippines.

Since the United States military vacated Clark Air Base and Subic Bay Naval Base, in 1991 and 1992, respectively, they have been transformed into freeports and investment zones.

On Tuesday, the U.S. State Department did not comment directly on Duterte’s latest claims, and responded with the very statement it sent to BenarNews last week after the Philippine president made his earlier comments on the VFA.

“We value our alliance with the Philippines, which is the oldest in the Asia-Pacific region, and we will continue to look for ways to further strengthen and advance security cooperation that furthers shared security challenges and respects human rights,” a spokesman for the department said in an email on Tuesday.

“Open dialogue between allies is essential to maintaining the strength of an alliance which is vital to both of our countries’ security.”

BenarNews also contacted the United States Embassy in Manila on Tuesday, but a spokeswoman declined to comment on Duterte’s statements. Meanwhile, the press office at the U.S. Department of Defense did not immediately respond to an emailed request for comment.

Over the weekend, Philippine Vice President Leni Robredo and Sen. Panfilo Lacson slammed as “extortion” Duterte’s comments from last Friday demanding payment from the U.S. if it wanted to extend the VFA.

In a tweet that he has since deleted, Lacson, who heads the Senate committee on national defense, had said that “one cannot put a price tag on the value of the VFA” and that the Philippines was “not a nation of extortionists,” the Manila Bulletin news site reported.

Duterte made his comments about the VFA after Lloyd Austin, the new U.S. defense secretary, and Philippine counterpart Delfin Lorenzana reaffirmed their nations’ commitment to the military alliance during an introductory phone call last week.

Pentagon spokesman John Kirby said that their Feb. 10 conversation underscored the “value the VFA brings to both countries.”

And last month, the Philippine defense chief described the U.S. as a “stabilizing force” in the disputed South China Sea and the Indo-Pacific region.

Still, Duterte on Monday defended his demand saying that Washington considered the Philippines – a former American colony – as its “outpost.”

Were a war to break out between China and the U.S. over the South China Sea, the Philippines would be dragged into the conflict, Duterte said.

“The meltdown will start in Palawan. It’s the province facing the Spratlys and everything there,” he said, referring to a disputed southwestern archipelago.

Signed in 1999, the VFA allows for large-scale joint military exercises in the Philippines between the two allies. It also governs the U.S. military presence in the Southeast Asian country and places American forces there under United States jurisdiction. However, the text of the agreement makes no mention of payments.

Duterte first threatened to end the pact in February last year. Then, last June, he put that plan on hold for six months.

In November, the Philippines gave itself another six months to decide whether to keep the military pact with the U.S. alive because, officials said, bilateral efforts had brought “the renewal of stability” in the South China Sea.

On Monday, presidential spokesman Harry Roque said he believed it was only fair that Washington should enhance military aid to Manila, because the Philippines could get caught in the middle of a potential war.

“And because of the damages that the presence of the Americans can bring us, it is just right that we get paid by the Americans if they were to stay here in the Philippines.”