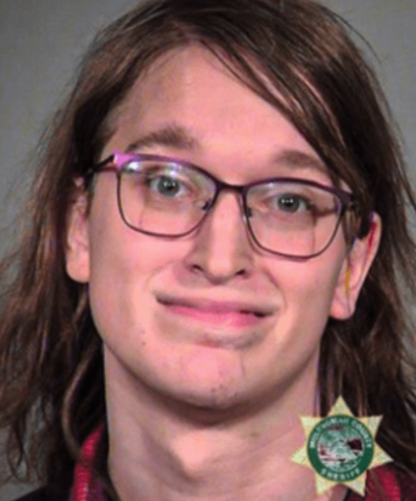 A Portland Antifa rioter charged last year with assaulting police officers has had a federal case dropped after completing 30 hours of community service, according to court documents.

Eva Warner of Beaverton, Oregon, who police said was also known as Joshua Warner, was charged in September 2020 with felony civil disorder.

On the evening of August 8, 2020, authorities declared a riot at the Portland Police Association office on North Lombard Street in Portland after Antifa members broke windows and set fire to the office. The rioters had also used vehicles and Dumpsters to illegally block traffic, according to the Justice Department.

That summer, Portland, like many other major cities, was facing mass protests that descended into violent rioting in response to the police killing of George Floyd in Minneapolis.

POLICE VACCINE MANDATES, TRIALS AMONG THE BIGGEST POLICE HEADLINES IN 2021: YEAR IN REVIEW

Portland Police said Warner directed a high-powered laser into the eyes of law enforcement officers trying to disperse the crowd. Warner resisted arrest, prompting officers to use force, the DOJ said. A laser pointer was found on Warner.

Warner was booked into custody and charged with intentionally obstructing, impeding, interfering with law enforcement officers engaged in official duties but later released without bail.

About a week later, Warner was arrested again and charged with second-degree criminal mischief in connection with another riot. Warner was again released from custody without bail.

A week after that, Warner was arrested a third time in connection with yet another riot and charged with interfering with a peace officer and second-degree disorderly conduct. Warner was once again released without bail.

Amid a federal investigation, U.S. Marshals arrested Warner Sept. 2, 2020, in a southeast Portland apartment without incident. Warner appeared in court before a U.S. Magistrate Judge the next day and was later released pending further court proceedings. Warner was looking at a maximum five-year sentence in federal prison if convicted.

Scott Erik Asphaug, acting U.S. Attorney for the District of Oregon, filed a motion Dec. 21, asking the court to “dismiss with prejudice the indictment against (Warner), in the best interests of justice.” The motion noted that the defendant had performed “at least 30 hours of community service.”

Fox News has reached out to Acting U.S. Attorney for the District of Oregon Thomas S. Ratcliffe as well as the Portland Police Association. Warner’s attorney was not available for comment.

Portland Police declined to comment on Warner’s case, saying its role is to investigate crime, make arrests and forward the cases to the district attorney for prosecution.