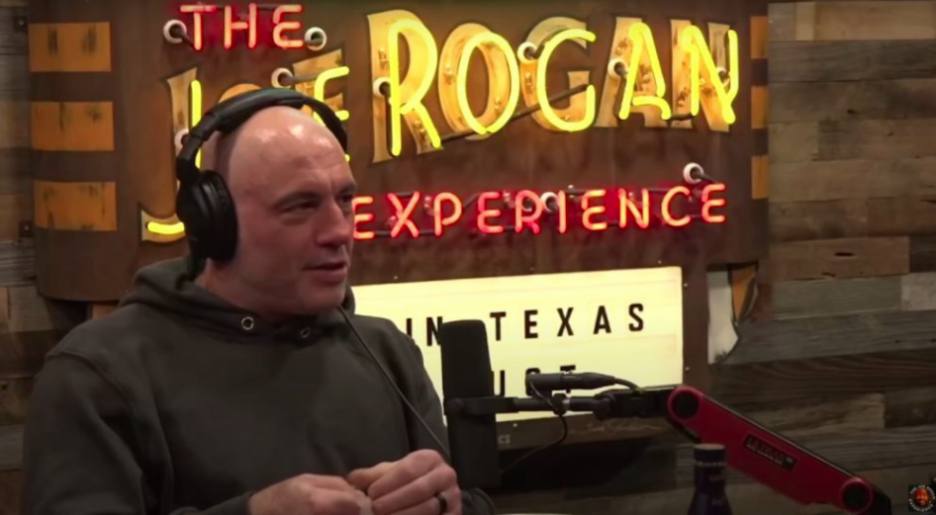 Seems like almost every day now the mass media are blaring about the need for speech on the internet to be controlled or restricted in some way. Today they’re running stories about Joe Rogan and Covid misinformation; tomorrow it will be something else.

The reasons for the need to control online speech change from day to day, but the demand for that control remains a constant. Some days it’s a need to protect the citizenry from online disinformation campaigns by foreign governments. Sometimes it’s the need to guarantee election security. Sometimes it’s the need to eliminate domestic extremism and conspiracy theories. Sometimes it’s Covid misinformation. The problems change, but the solution is always the same: increased regulation of speech by monopolistic online platforms in steadily increasing coordination with the US government.

It’s actually pretty comical at this point, once you notice it. It’s like if you had an expensive Prada bag that your friend really coveted and she was always making up excuses to try and take it home with her. “Gosh I’m carrying all these small objects and I have nothing to carry them in!” “You’re going on vacation? I’ll look after your Prada bag for you!” “Oh no you slipped and now you’re clinging to a cliff’s edge! Quick! Throw me your Prada bag!” Once you know what they’re actually after, their attempts to obtain it look clownish and silly.

Whenever I talk about how the immense power structure which the mass media serves and protects has a desperate need to control online speech, I’ll always get a few people objecting that the powerful don’t care about what ideas and information the ordinary riff-raff share with each other on internet forums. They just do what they want regardless of public opinion, like Greek gods on Mount Olympus.

And really nothing could be further from the truth. Controlling the thoughts we think about our nation and our world are of paramount importance to our rulers, because it’s only by controlling what we think that they can control how we vote, how we act, and whether or not we get fed up with being exploited and oppressed by a loose alliance of unelected plutocrats and government operatives. There is nothing, literally nothing, that these people would not do to maintain this control. Their very survival depends on it.

Michael Parenti summed this up perfectly in his 2015 book Profit Pathology and Other Indecencies with this passage that was recently shared by Louis Allday:

“But they don’t care about what we think. They turn a deaf ear to us,” some people complain. That is not true. They care very much about what you think. In fact, that is the only thing about you that holds their attention and concern. They don’t care if you go hungry, unemployed, sick, or homeless. But they do care when you are beginning to entertain resistant democratic thoughts. They get nervous when you discard your liberal complaints and adopt a radical analysis. They do care that you are catching on as to what the motives and functions of the national security state and the US global empire are all about at home and in so many corners of the world. They get furiously concerned when you and millions like you are rejecting the pap that is served up by corporate media and establishment leaders.

By controlling our perceptions, they control our society; they control public opinion and public discourse. And they limit the range and impact of our political consciousness. The plutocrats know that their power comes from their ability to control our empowering responses. They know they can live at the apex of the social pyramid only as long as they can keep us in line at the pyramid’s base. Who pays for all their wars? We do. Who fights these wars? We do or our low-income loved ones do. If we refuse to be led around on a super-patriotic, fear-ridden leash and if we come to our own decisions and act upon them more and more as our ranks grow, then the ruling profiteers’ power shrinks and can even unwind and crash — as has happened with dynasties and monarchies of previous epochs.

We need to strive in every way possible for the revolutionary unraveling, a revolution of organized consciousness striking at the empire’s heart with full force when democracy is in the streets and mobilized for the kind of irresistible upsurge that seems to come from nowhere yet is sometimes able to carry everything before it.

Preventing their replacement with a system that is more responsive, just and democratic is precisely why our rulers are so keen on controlling the way we think, act and vote. They exert this control with their total domination of the mass media and mainstream education systems, with Silicon Valley algorithm manipulation, and with the rapidly increasing normalization of internet censorship.

The dawn of the internet sparked great hope for those who knew that the ruling power structures of our day retain supremacy by controlling and manipulating people’s access to and understanding of information; the possibility of billions of human minds freely spreading awareness of what’s going on in our world and sharing revolutionary ideas to address our problems spelled beautiful things for our future to anyone with a lucid understanding of the obstacles we face.

Unfortunately, our rulers understood the significance of that moment too. They’ve been working tirelessly to ensure that the internet serves as a net positive for themselves and a net negative for the rest of us, manipulating the large-scale movements of information so that dissident voices are increasingly marginalized and inconsequential while giving themselves the ability to funnel propaganda into public minds far more rapidly and efficiently than ever before. If they succeed in their objectives, ordinary people will wind up no better at sharing unauthorized ideas and information than they were before the internet, while our rulers will be far more effective in controlling the way we think at mass scale.

That they will succeed is by no means guaranteed. We are living in an entirely unprecedented moment in human history with many large-scale systems on the precipice of failure while technological advancement creates many other unpredictable factors; gaps could open up at any time to let light shine through in the massive movements that humanity is poised for. There is no way to accurately predict the future in a situation the likes of which we’ve never seen before, where patterns are crumbling and narrative is hitting white noise saturation point.

Anything can happen. Win or lose, this is a hell of a time to be alive.