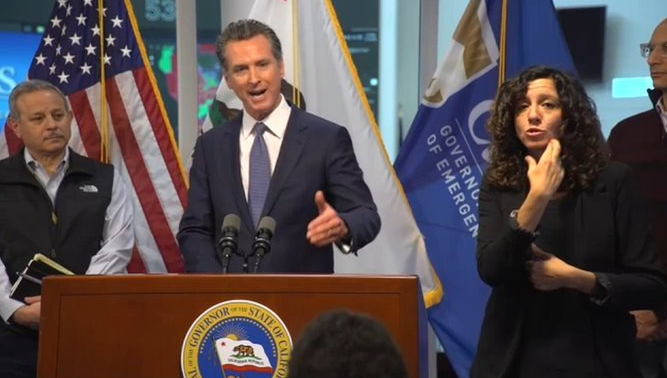 California Governor Gavin Newsom (D) on Monday proposed a budget that would give all illegal aliens health coverage.

In 2019, California extended health coverage to illegals 26 and under.

In 2021, California began covering illegals over the age of 55.

Now Newsom wants ALL illegals in California to have health coverage, although it is unclear how he plans to pay for it.

Several California Democrat legislators proposed creating a universal healthcare system which would be paid for by huge tax hikes.

As if California residents aren’t already drowning in high taxes.

California would be the first state to provide health coverage to all immigrants in the country illegally under the budget Gov. Gavin Newsom proposed Monday.

It’s part of his effort to address what he termed five of the most populous state’s biggest challenges in a $286.4 billion budget that builds on a surplus projected by the Legislative Analyst to be at least $31 billion. Newsom’s budget proposal uses a much bigger surplus estimate because his administration uses a different definition of what counts as a surplus.

It wasn’t immediately clear if he would phase in the additional health coverage or how he planned to pay for it.

One legislative analysis put the price tag for covering the remaining donut hole of uninsured immigrants at $2.4 billion per year. Covering those age 50 and up, the most recent expansion, will eventually cost taxpayers about $1.3 billion per year.