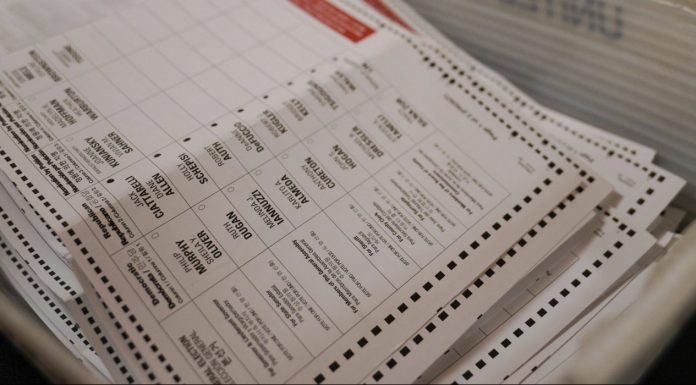 The slow and steady drip of 2020 election fraud claims is threatening to become a bona fide leak.

Videos taken by a county employee allegedly showed election officials in Delaware County, Pennsylvania, “plotting to recreate missing election data from the November 2020 contest” in order to hide “widespread violations of the state’s election laws,” according to a report at The Federalist.

In one video, officials can be seen discussing how to efficiently avoid compliance with records requests made by “these jokers.”

One individual said he could “recreate one for these jokers, and create another set for the next set of jokers, but we cut it up and then create a permanent record that we [say] ‘here you go.’”

Another man, James Savage, agreed, saying it would “save us a lot of work in the long run.”

Savage, who served as voting machine warehouse supervisor during the 2020 election, appeared in other videos stressing the need to discuss fraudulent actions in private because “it’s a felony” and bragging that the county DA “owed” him.

Delaware County Director Howard Lazarus issued a statement in response to the suit in which he claimed to be “confident that in the end the allegations will be proven to be fabricated and wholly without merit, and that our systems are worthy of your trust.”

Neither James Savage’s attorney nor Delaware County District Attorney Jack Stollsteimer, however, responded to The Federalist‘s request for comment.