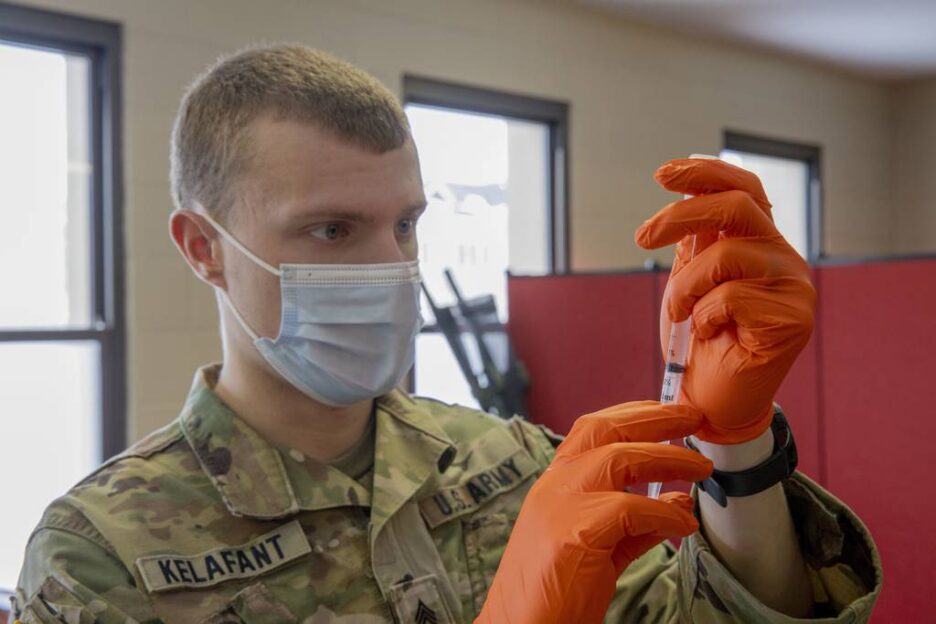 A coalition of 47 Republican lawmakers is backing a lawsuit by a group of Navy SEALs and sailors objecting to the high standard set by Defense Department officials to grant religious exemptions to the military’s COVID-19 vaccine mandate.

The case, currently being heard in a Texas federal court, argues the requirement violates service members’ religious beliefs because military leaders are not using reasonable standards on exemption petitions.

A recent Associated Press report found that more than 12,000 military service members are seeking religious exemptions to the mandate, but none so far have been granted.

In a letter of support for the case, the lawmakers said the current rules present an untenable situation for troops.

“The vaccine mandate forces [service members] — individuals who have devoted their lives to the protection of the country — to choose between following their sincerely held religious convictions and effectively being discharged, losing their calling, and destroying their financial well-being,” the group wrote.

Pentagon officials have said that vaccine refusal rates remain low, with more than 97 percent of all service members fully or partially vaccinated. Defense Department leaders have also discussed the possibility of requiring troops to get vaccine boosters in coming months.

The lawmakers — most of whom have objected to the Pentagon mandate for weeks — said the court needs to intervene “to protect [troops’] religious freedom from encroachment by the very government they have sworn to protect with their lives.”

Last week, as part of the annual defense authorization bill, Congress approved language that would bar the Defense Department from giving dishonorable discharges to troops who refuse the vaccine. But the measure would still allow those individuals to be separated from the armed forces with an honorable or general designation.