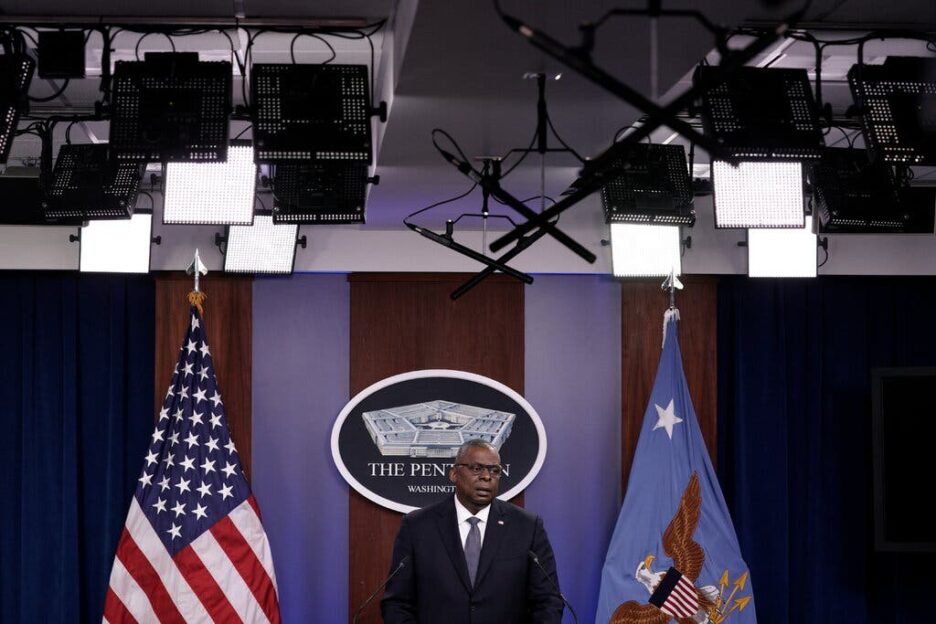 WASHINGTON — The Pentagon on Monday issued new guidelines meant to root out extremism in the U.S. military, warning that “liking” white nationalist and extremist content on social media and similar activities could result in disciplinary action.

The guidelines come nearly a year after the Capitol attack on Jan. 6, which dozens of current and former service members attended, leading to a reckoning at the Pentagon over extremism in the ranks.

The participation of military personnel in the Capitol riot distressed senior Pentagon officials so much that Defense Secretary Lloyd J. Austin III ordered a 60-day “stand down,” completed in April, to address the issue. During that period, most units in the armed forces discussed why white supremacy and extremism have no place in the military.

In those conversations, one young service member said that for the first four months after he joined his Army unit, a flag representing the right-wing extremist militia called the Three Percenters hung on a wall in the foyer of his barracks. A Black Marine described feeling sick when he saw the red and gold flag that represents his service being flown during the Capitol attack. A white brigadier general worried privately about whether service members could be in trouble for supporting former President Donald J. Trump.

After the stand down, Mr. Austin set up a working group to examine how to better vet recruits and educate service members who may be targeted by extremist organizations. The group then submitted recommendations, which Defense Department officials said they hoped would enable commanders to better root out extremism.

John F. Kirby, the Pentagon’s chief spokesman, said officials discovered that about 100 service members were involved in substantiated cases of extremist activity over the past year.

In a memo to the department on Monday, Mr. Austin said the Pentagon was updating its screening of recruits and would also look at how to prepare troops who are retiring from being targeted by extremist organizations after leaving the military.

“The overwhelming majority of the men and women of the Department of Defense serve this country with honor and integrity,” Mr. Austin said in the memo. “They respect the oath they took to support and defend the Constitution of the United States.”

He added, “We believe only a very few violate this oath by participating in extremist activities, but even the actions of a few can have an outsized impact on unit cohesion, morale and readiness, and the physical harm some of these activities can engender can undermine the safety of our people.”

Guidelines on social media usage are among the most significant changes being put into place. Reposting or “liking” extremist content will be viewed as advocating the content, Mr. Kirby said.

Still, he added that the Defense Department would not be scrolling through Facebook accounts looking for trouble.

“There’s no methodology in there,” Mr. Kirby said. “There’s no ability for the Department of Defense to monitor the personal social media accounts of every member of the armed forces.” Rather, he said, when problems come to light through “various streams of reporting,” commanders would be expected to talk to their troops to determine whether further steps were needed.